Renovation of the Rowing Club, securing the port and its equipment, mini-waste collection center… The port of Anse de la Réserve is getting a makeover, with a dual ambition: to obtain European “Clean Ports” certification and become one of the showcases of the territory for the 2024 Olympics.

Taken over in June 2018 by the Marseille Provence Chamber of Commerce, this space nestled under the Palais du Pharo aims to become a real “Village Plaisance”. The CCIAMP has thus invested 1 million euros in order to “secure, modernize, embellish, make this port more functional and attractive while maintaining the soul and spirit of Marseille yachting, accessible to as many people as possible”, explains Jean – Luc Chauvin.

1 million euros invested by the chef Christian Ernst are added to this sum to renovate and bring up to standard the building of the Rowing Club as well as the port facilities of the cove.

2 million euros for the renovation of equipment

With a total budget of nearly 2 million euros, the entire Rowing Club building has been renovated “while respecting its DNA”, adds Joël Giraud, from the sports training room, their locker rooms, passing by the rooftop and the restaurant. “The architect Bernard Tarrazi created this building 60 years ago and we wanted to associate him with the project to give a kind of conclusion to his work”, specifies Christian Ernst.

The electrical network and the treatment of waste water were treated as a priority, as well as the painting, the replacement of the glass facades and the development of the rooftop: “We wanted to communicate an immediate feeling of well-being with the addition of wood. and light tones. The terrace is now split in two with a table service part and another, more festive with high tables and a small kitchen,” continues the restaurant chef.

Sanitary facilities have been added, a staircase leading to the roof is currently being renovated and a lift for people with reduced mobility will be delivered soon.

Make it a more sustainable port

On the port side, no infrastructure changes have been made. Only the repair of the electrical installations, the crane, the walkways, the addition of railings, the change of moorings, the installation of video surveillance, LED lighting and the creation of a mini-waste collection center called “point clean” in order to optimize the treatment of waste from port users.

“We are working to make the cove a more sustainable port. We have also applied for the European “Clean Ports” certification. The file is currently under study,” adds Jean-Luc Chauvin.

A regional showcase for the 2024 Olympics

When the health situation allows, sporting events will enliven the life of the port, as it had started during the summer of 2019 with the UNM club party and the traditional “Solo-Duo Cipriani-Franco” regatta.

The creation of this “pleasure village” was also thought out with a view to the sailing Olympic Games expected in Marseille in 2024. “These games are a great opportunity for the territory which will become Olympic land for the first time in its history. A popular, shared, unforgettable event and a source of pride that will allow us to boost our image and provide us with global visibility”, supports the president of the CCIAMP.

The chef of the Rowing Club restaurant, Christian Ernst also sees an opportunity to make the cove “a place open to all, a platform, a showcase of the territory for the 2024 Olympics“.

The opportunity for the port to “generate funding for equipment that we would not even have dreamed of a few years ago”, concludes the general manager of the port of Anse de la Réserve, Jérôme Giraud. 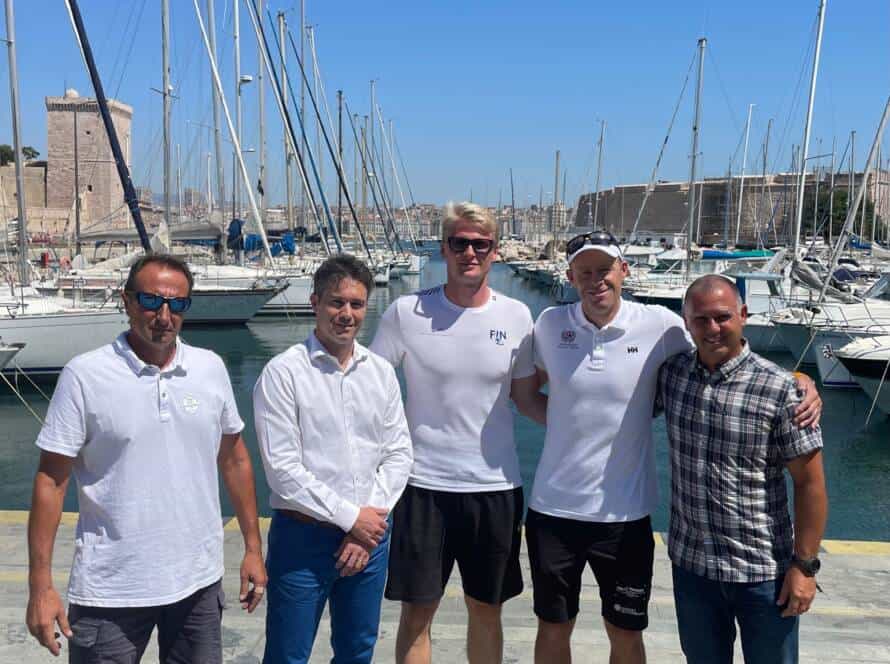 The race to the 2024 Olympic Games is accelerating for the Anse de la Réserve marina!